Music and entertainment has always been a big part of St. Louis’ history The blues, jazz, and ragtime have all played a role and left their mark here and around the world. Black entertainers had a difficult time in St. Louis during much of the 20th century. Musicians’ unions were not welcoming. Venues were limited, forcing some of the area’s best known entertainers to leave the area and find success elsewhere. Josephine Baker and Miles Davis were among them. During the 1960s, during the height of social unrest and change, a group of black musicians, actors, writers, dancers, and artists from other disciplines formed a loosely knit collective called the Black Artists’ Group or BAG. Author Benjamin Looker called it a “seedbed for artistic innovation.” But the era of social unrest worked against it. Looker’s book Point From Which Creation Begins chronicles the era. Screenwriter and teacher Malinke Elliott was co-founder of BAG in St. Louis. Musician J.D. Parran was participant in the organization. 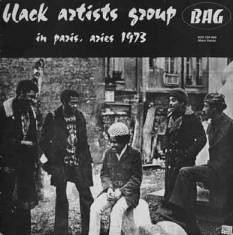